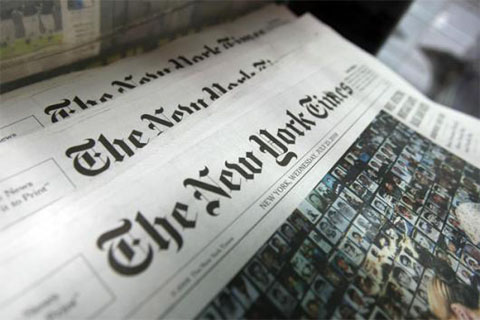 And it most definitely does not need to be the best of anything. Not my best work. Not the best writing in the world. Not a demonstration of what I've learned or been told makes writing go from good to best. Just good enough.

We are about to embark on the season of Lent - 40 days of reflection and "fasting" before Easter. After much consideration I have decided to give up blogging for 40+ days. I will not post and I will not read blogs. Instead, I will use that time to take my "new manuscript" and "finish" it. I will take it from the stage it is in now and do either very little or very much to alter it, I haven't decided yet. What I have decided is that I need more time to decide about all that, time I am not currently devoting to that. I want to leisurely read through it and quiet myself enough to hear what it is that remains to be said on the page, hear what needs to be removed, and hear what is good enough.

According to Merriam-Webster, worry is defined as:

transitive verb
1
dialect British : choke, strangle
2
a : to harass by tearing, biting, or snapping especially at the throatb : to shake or pull at with the teeth worrying a rat>c : to touch or disturb something repeatedlyd : to change the position of or adjust by repeated pushing or hauling

3
a : to assail with rough or aggressive attack or treatment :tormentb : to subject to persistent or nagging attention or effort
4
: to afflict with mental distress or agitation : make anxious
intransitive verb
1
dialect British : strangle, choke
2
: to move, proceed, or progress by unceasing or difficult effort : struggle
3
: to feel or experience concern or anxiety : fret <worryingabout his health>
— wor·ried·ly adverb
— wor·ri·er noun
— wor·ry·ing·ly adverb


Hard to read through that list and see any upside, and good, any point whatsoever in worrying, no matter how you define it. We had a guest priest a week or so ago, and he talked about the subject of worrying. He said that there is even a definition of "teen" that means "to worry."

Went to a big event on Saturday and saw two friends I hadn't seen since November. In November we were all wound up about different things going on in our lives, things, of course, over which we had no control but a whole lot of worry over. We checked in with each other about how each of those big concerns had played out. They had all worked themselves out better than fine, perfectly, one might say, if one believed in the concept of perfect. I prefer to think of "perfect" as "according to a higher plan."

"So, why were we so worried?" one of us asked the others rhetorically. "Let's give up worrying for Lent," another suggested. We raised our glasses, clinked, and swore to give it up entirely for Lent. For approximately 40 days we would not worry. Of course we are doomed to fail, and of course the idea that we could even try it was easier when we were together and had already had a glass (or three) of wine. However, we vowed to be more mindful of our worrying, and to look at it as it came up (and up and up and up) and say, "No, at this moment I am going to choose not to worry," then we'd offer a prayer of thanks that we knew all would be well, all would, in fact, be "perfect."

"As you close your eyes,
sink into stillness.
Let these periods of rest and respite
reassure your mind
that all its frantic fantasies
were but the dreams of fever
that has passed away.
Let it be still
and thankfully accept its healing.
Nor more fearful dreams will come,
now that you rest in God."

I have a friend going through the 12-Steps, and we were discussing the fourth step, which involves taking a searching, fearless moral inventory. I'll admit to having some baggage around the 12-Steps, but that is only because the people in my life that "did" them, didn't really "do" them, and well, that is just not that helpful. Nonetheless, this person is committed to doing them, and not enough can be made of any person wanting to better themselves and taking big steps and putting tremendous effort into doing so.

I recently went to the second part of my moral decision making class, which is part of a greater class that I am taking, classes to become Catholic, as it turns out. After a 48-year push-pull with Catholicism, I have decided to stop pulling, stop pushing, and let go. Letting go has led me to what was right in front of me all along, a community of which I am already a part and want to commit to remaining a part of. While learning and uncovering more about what makes us make decisions, I realized I was putting a lot of energy into making a non-decision.

Last night, after discussing "fearless moral inventories" with my friend, I dreamed I worked in a retail store and was assigned the job of inventory. I was counting and sorting all night long as I tossed and turned. I'm pretty sure a moral inventory is more than counting. I'm thinking it's quite literally, taking stock. What is there? Do you like what's there? What is missing? Why? Where did it go? How do you get it? Do you want it? Do you need it?

I'm thinking one does not need to be in a 12-step program to find benefit in taking a fearless and searching moral inventory. We're all recovering from something. We're all in one place moving towards something, and perhaps by taking stock, we can better define what that something is.

I was typing away on a future post (you'll see later why it needs to come later), and as I was typing one part of my brain kept trying to name it. I jumped over, threw in a title and kept typing. "No," that stubborn part of the brain said, that's not it, that's not the gist of what you're saying. I threw in something else that sprung to mind and kept typing, hoping all parts of my brain might choose to converge for 3-4 minutes. "NO," it insisted. Finally, I stopped for a second, read back through what I was typing and reflected on what it was I was trying to say. "Good Enough" I finally put in the title box.

Back to the typing, back to the iPod set on "random" (no such thing, of course), and what, what, WHAT is the very next song to start playing? "Good Enough" by Rose Cousins.