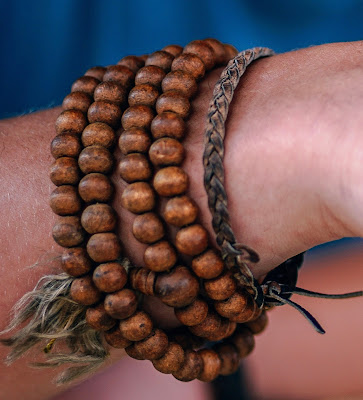 They say many artists recycle the same theme(s) throughout their body of work. The creative process allows the artist to wrestle with whatever subject(s) they find most compelling, perplexing, illusive.
If the title of "artist" is given to those that create, then writers are artists that shape concepts and quandaries, and try and make meaning - at least for themselves.

One concept I continue to turn over and over, is what is universal? What ties us together? The word catholic means all-embracing, wide, broad-based, eclectic, diverse.

At mass we pray the Nicene Creed. "We believe in one holy catholic and apostolic Church." We believe in that, a church that is all-embracing, wide, broad-based, eclectic and diverse.

In January, my dear friend, Ruth, and my sister-in-law, Sonam, both lost their beloved fathers, one day apart. In March, I was able to gather with both of them, as they shared their experiences. Ruth's dad, Larry was 90. He had eight children, and so many grandchildren and great-grandchildren, I've lost count. A devout Catholic his whole life, a quiet man of faith and service to others. His wife Virginia had died five years before, and as he lay in his Hospice bed in their master bedroom, it was obvious to the 30-plus loved ones holding vigil, that he was catching glimpses of Virginia from the other side, and was peaceful and joyful to reunite. During the last few hours of his life, while in a coma, twice his eyes flew open, with his arms outstretched, a smile on his face. Virginia.

The last words he uttered were, "I am not worthy." Part of the Catholic mass, right before communion, we say, "Lord, I am not worthy to enter under your roof, but only say the word, and my soul shall be healed." Then, he entered under his Lord's roof.

Sonam's dad was living with his wife, and his wife's mother and brother, in a Tibetan refugee camp in India. He went outside and sat in his favorite chair, and was doing his nightly prayers, using his Tibetan mala. Only when he became too still, did his wife realize he had passed, quietly, peacefully, prayerfully.

These two men from opposites sides of the world, completely different backgrounds and experiences, shared that which is universal. 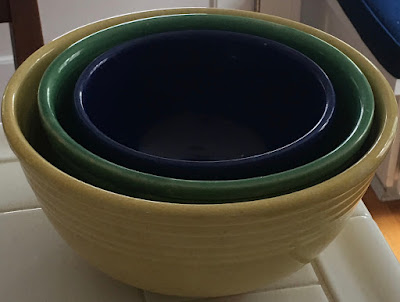 At a party, recently, someone made a tiny comment about her husband, and the other women in the conversation, all laughed in solidarity. The woman loves her husband. He's a good husband. She knows it, and every one else knows it, too. A woman whose husband recently died said, "The hardest part of losing my husband is not having him around to complain about." That brought down the house. I came home, wrote down that line to put somewhere, later. Wasn't sure how, or if, it would fit with anything else I had, but knew it was too good not to save.

My dad taught me how to make hash as a child. We slid out the wooden cutting board from under the counter, and clamped the grinder into place, turning the clamp until it was good and tight. He put in leftovers from the fridge: pot roast, potatoes, carrots, onion. He got it started until it got a little easier, then I gave it a go. Turning, turning, turning, the mushy mess landing into the green ceramic bowl - the medium-sized stacking bowl that had been his mother's. Yellow was the big bowl, blue the small.

We took the hash and fried it up in a cast iron skillet, filling the house with cooking odors that took days to fully clear. I don't remember eating the hash - can't pull up a memory of the taste, only how it looked, felt and smelled.

How old was I, then, eight? Nine? My dad moved out when I was eleven, so it was before then. How many times have I thought of that before right now? Zero. Didn't know it was even a memory. The stacking bowls sit on the lower shelf of my lazy Susan. I use them all the time. I used to think if ever there were a fire, they'd be what I grabbed before running out the door. They are precious to me, all that I have from that grandmother I didn't meet. A part of her story that was part of my dad's, and now mine, and my children. Generational.

Memories stack up, there are large, medium and small ones. Sometimes they fit together and make sense, sometimes they get out of order and don't. Sometimes, we pull out one and use it with another, and only after a new order is created, see where the others fit.

Memoir writing is like that. Memories, events, emotions, experiences, words said and remembered, feelings resurrected and revisited. Chopped up, run through the grinders of time and memory, they make hash.
at May 09, 2018 No comments: