Am I the Only One?

Am I the only one that hates to waste cups and fill up the landfill needlessly?

Am I the only one that keeps re-useable Starbucks cups in her car, so I can purchase, guilt-free, both hot and cold drinks at my convenience?

Am the the only one that especially hates to drink beer from a can, and makes a point to buy only bottles (better for the environment, too), but occasionally breaks the rule for this, because it is just so damn good?

Am I the only one that drove to her favorite place on Earth, Sisters, Oregon, to attend a family reunion, but did not actually bring, oh, her family?

Am I the only one that was so happy she brought the yummy beer and the re-usable Starbucks cup, so she could enjoy this: 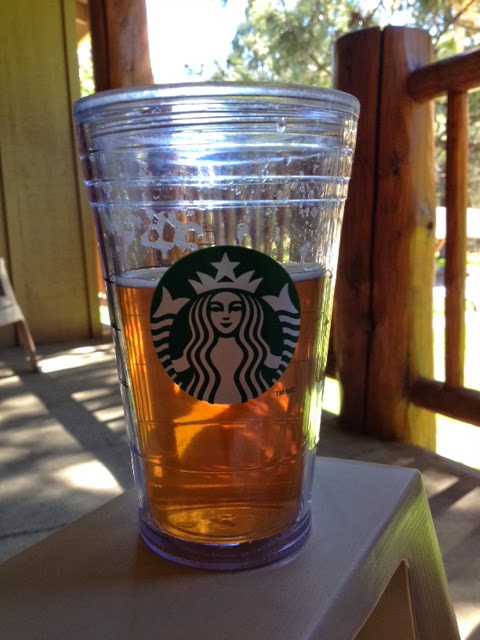 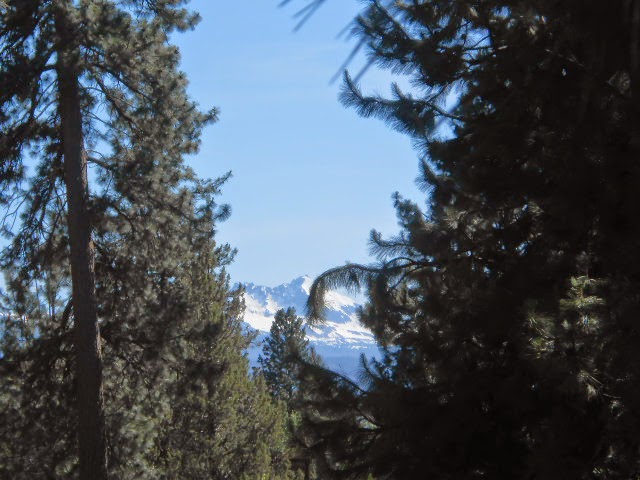 Am I the only one excited to go to WUG where I will see almost all of these people, along the same lazy river, only 40+ years later? 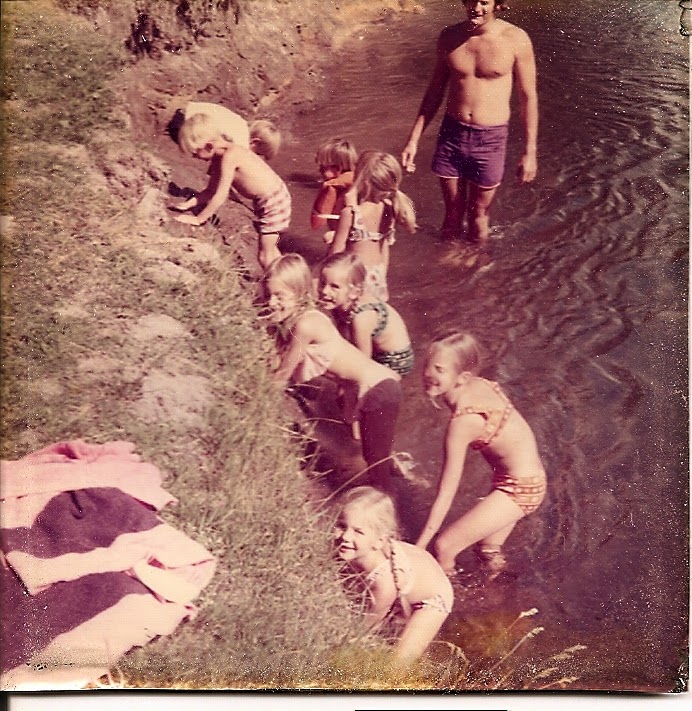 Part of my blog inertia is due to the fact that in a little over two weeks, Wil will turn 18. I have been in a huge funk over this for quite some time, fear and dread dating back to 2012, at least. I don't want to apply for SSI, Medicaid, or brokerage services. I don't want to hire an attorney and basically sue Wil for guardianship, so that the day after he's 18, I will do the exact same thing as I've done the last 18 years, which is to say, pretty much everything.

"The reason guardianship is such a big deal," our attorney told us, to the tune of $400/hour, "is because people have abused it. The laws are set up to protect people. Second only to being incarcerated, guardianship strips an individual of his/her civil liberties."

I'm all for protecting the most vulnerable population. I'm all for civil liberties. I'm all for everything I'm supposed to be all for, but key-rist, arranging to have your "adult" child served papers, being vetted to prove you are not out for their "money," paying through the nose and filling out reams of paper, is just not my idea of a good time.

I could go on and on about the bureaucracy of the government, the endless red tape and tail-chasing, but you probably already know all you need to know about that. What I will tell you about, instead, is about the angels among us.

I called to schedule an 18-year well-check with Wil's doctor. I was greeted on the phone by such a competent and kind woman, whom arranged to speak to Wil to get his verbal OK, that I could speak in his behalf until the guardianship paperwork came through. She was sensitive. She was efficient. It was, dare I say, easy.

Fueled by the success of that phone call, I called Aging and Disabilities Services to have a couple questions answered. Got voicemail, left a message, did not expect to hear back. Lo and behold, Michelle called back, was gracious, full of helpful information, then later called me back again because she thought of something she forgot to tell me, that might be helpful. It was.

Feeling like I was on a roll, I pushed it further. I called Social Security to get an appointment. Yes, I was on hold for a full hour, and I heard the automated message no fewer than 60 times, but I had a cold beer and several days' worth of Facebook to catch up on, so all was not lost. Once a live person came on, she, too, was amazingly knowledgeable and helpful. Extremely.

The next day, feeling like we couldn't lose, I took Wil into the bank to do some necessary things prior to him turning 18. He was cooperative, and the teller was amazing. Turns out we needed to fill out quite a bit of paperwork. "Why don't you go across the street and get frozen yogurt. I'll fill it out for you." We did just that. We sat in the sun and enjoyed a lovely treat, and when we went back, the paperwork was complete.

There is no getting around the brutal maze of a disabled child becoming a disabled adult, but there is a way through, and that is with the help of many, many angels, both seen and unseen. And to all of you out there praying for us, thank you, those prayers are felt and much appreciated.

Hope for a Sea Change 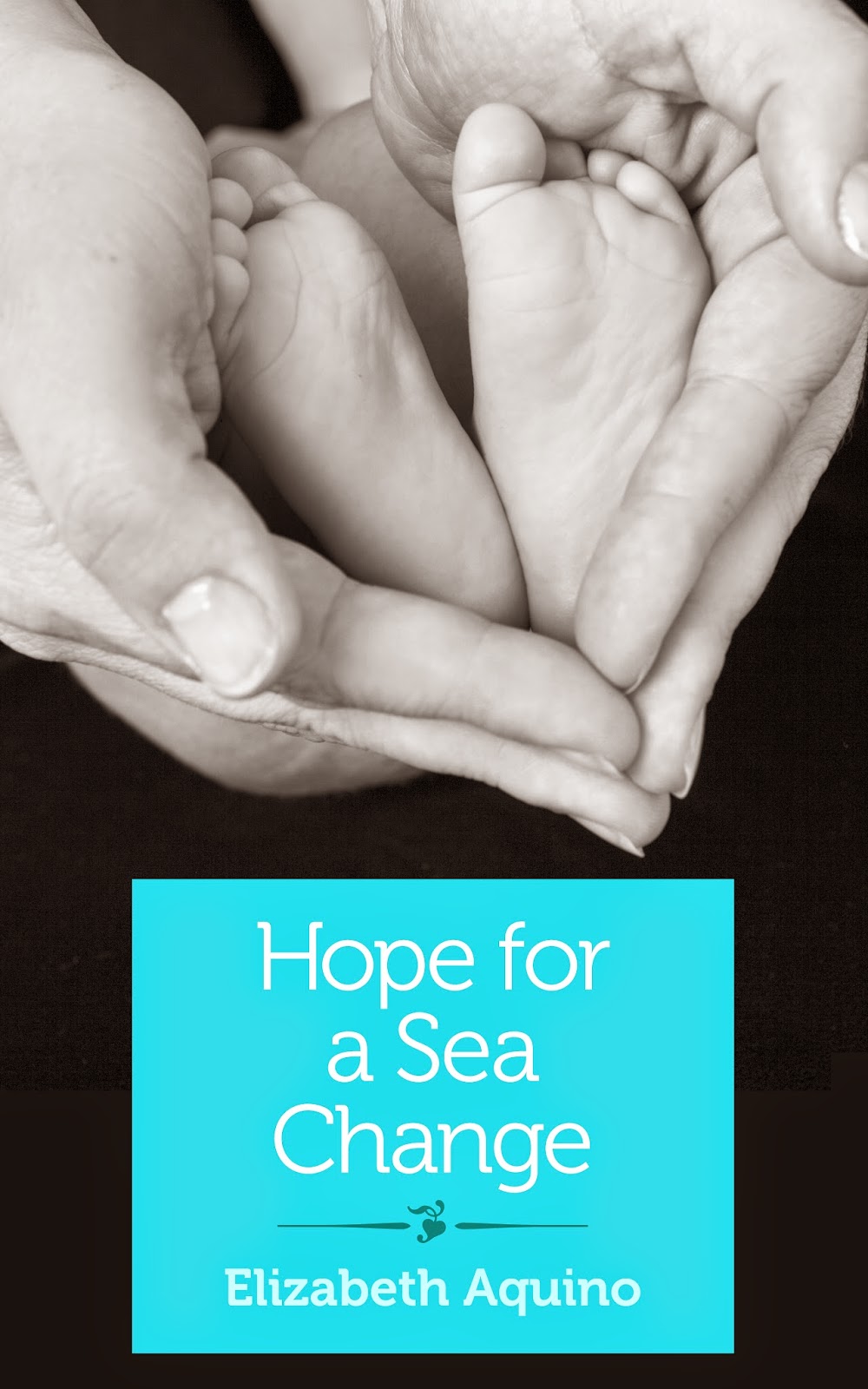 I was never, ever, not under any circumstances, going to buy a Kindle, or any other e-reader. Never. Well, let me tell you, when my friend, Elizabeth Aquino published her memoir, Hope for a Sea Change, I started singing a different tune. Sure, "we" have an iPad, but "we" aren't very good about sharing it, as in, I can not so much as glance its way without Wil freaking out. Sure, I have an iPhone, but you name me one over-50-year-old pair of eyes that can, and will, read a whole book on a phone! So, I put it out to the Universe that I was ready to buy a Kindle, and wouldn't you know it, in less than a day I had my hands on a super great, gently used one, for a song. It was meant to be.

I devoured Elizabeth's gorgeous book in two "sits." That's quick for me, and you need to take into account that my already slow reading was slowed even further, because Elizabeth's writing is so beautiful, you don't want to rush over a single syllable. 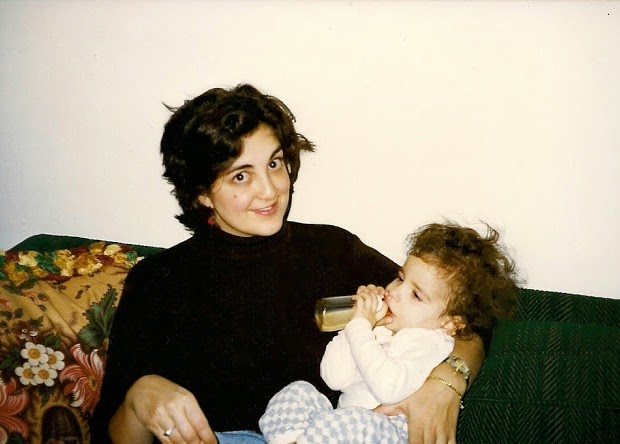 Elizabeth has educated, uneducated and re-educated me about the benefits of medical marijuana. I went from thinking I knew what it was and wasn't, learning I knew nothing at all, to learning a modicum of the profound benefits of high CBD, low THC marijuana for patients with epilepsy. I learned all about the Realm of Caring, and Charlotte's Web. 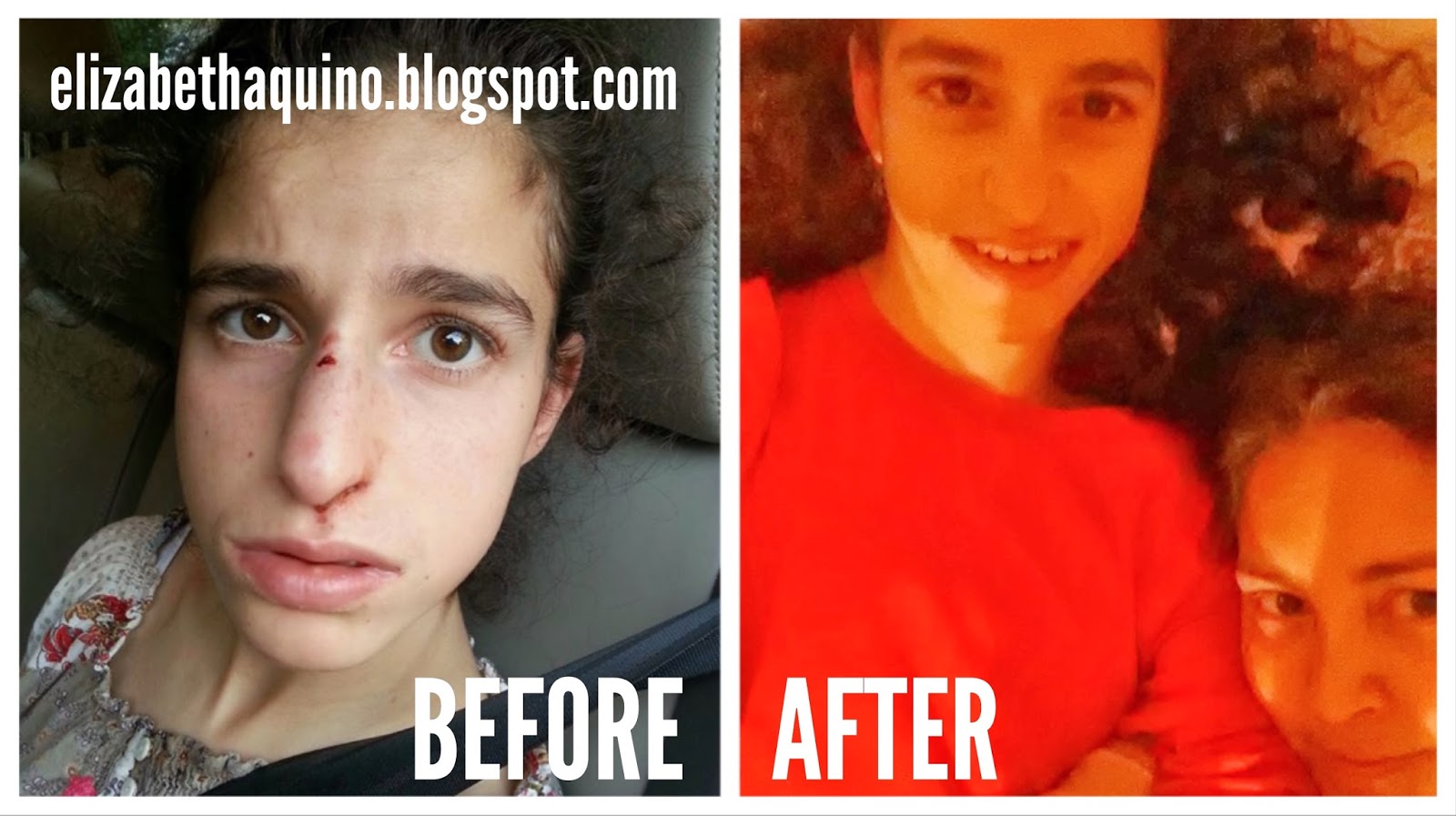 The memoir will make you shake your head at What People Say. It will make you ache for the torture Sophie and her family have endured. And it will make you smile deep within yourself as you read, "... it would fundamentally change the way I looked at Sophie's disability, at the integrity of human beings, and at what healing and curing really mean."

Elizabeth has done much through the years to reshape what I think about things politically, poetically and philosophically. Her memoir will most definitely affirm the integrity of all human beings.

Available on SheBooks and Amazon for e-readers (only $2.99).

Dreamt last night that Wil was upstairs sleeping, I think he was a baby. Candace came by and was talking so loudly, I was worried she would wake up Wil (when he was a baby, there was no worse sin).   Now, in reality, there isn't a more thoughtful and considerate person than Candace, but in the dream, she would NOT be quieted. Her voice got louder and louder until I finally swore at her, before stomping upstairs, abandoning her in my kitchen.

I woke up from the dream so discombobulated. The dream felt so real. I couldn't shake the fact that Candace would not be quieted.

Let's part-of-me this thing, shall we?

Part of me was sleeping.

Part of me was a baby.

Part of me went "upstairs" (retreated).

Part of me abandoned part of me.

Part of me would not be quieted.

Part of me just got louder and louder.

Part of me did not wake up.

Part of me got angry.

Part of me killed the messenger, rather than listening for the message.
at June 12, 2014 3 comments:

Makes for a Very Long Day

Haven't been blogging for a number of reasons. I feel redundant, tired, discouraged, anything but inspirational. I could drag you all through that with me, but what would be the point? That's the other thing I feel - a sense of futility.

"You're in the dessert," my friend Candace said to me the other day. I had not thought about it in terms of that, but knew the minute she said it, that she was right. There is a sense of being dried up emotionally, creatively, energetically, intuitively, relationally, imaginatively, in all ways. Dried up.

Went back to Wil's favorite "grocery store" yesterday morning, the Food Mart attached to the gas station on the way to school. His favorite gal was there, the one that said he makes her day whenever he comes in. I could tell he made her day this time, too, his ADHD enthusiasm over-flowing all over the store. However, this time she looked at me, smiled and said, "I would imagine this makes for a very long day."

It's been a long day.

It's been a long 51 years. My "story" of accommodating for special-needs goes back way further than Wil.

Candace says something new and beautiful will come from this time of being in the desert, this time of "rest," renewal, re-examination.